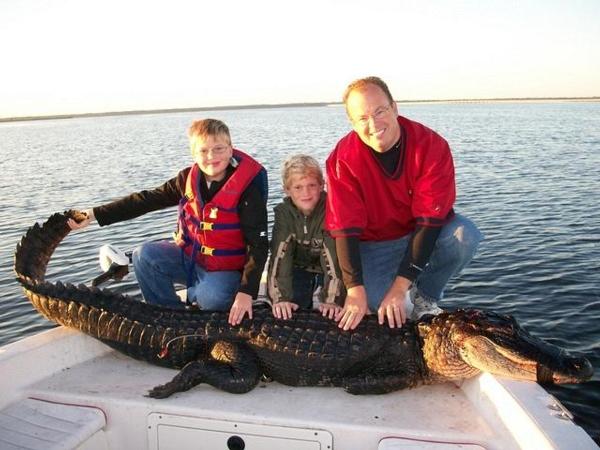 Paul and his 2 boys were an absolute blast to hunt with!  From the minute they stepped on the boat, I could tell that they were fired up and ready to battle with a beast!  The wind and cool weather were going to make it a little tough but I had a big boy scouted out for them and as luck would have it, he was right were I saw him last.  One well placed cast with the treble hook and it was GAME ON!! Ryan and Justin were taking turns on the rod fighting the beast as Paul was ready with the harpoon. This gator ran like a chicken with his head cut off making for an awesome fight. We got his head up right as he went into a death roll next to the boat, Paul was ready and stuck him with the harpoon. Perfect!!

With the hapoon in the gator we were able to slow him down enough to line up a shot with the bangstick. Bang! Justin put it to him first and Ryan followed up with a 2nd shot for good measure.   Once we loaded that bad boy in the boat I eased the boat to another honey hole to take a few minutes and scout on our way back to the boat ramp. Sure enough there was another beast sitting pretty. The boys gave their Dad the look and before they said a word, Paul gave the command, Lets do it!  After 20 minutes of cat and mouse we were able to get a hook in the 2nd gator for another epic battle.  Double up on Swamp Monsters!! 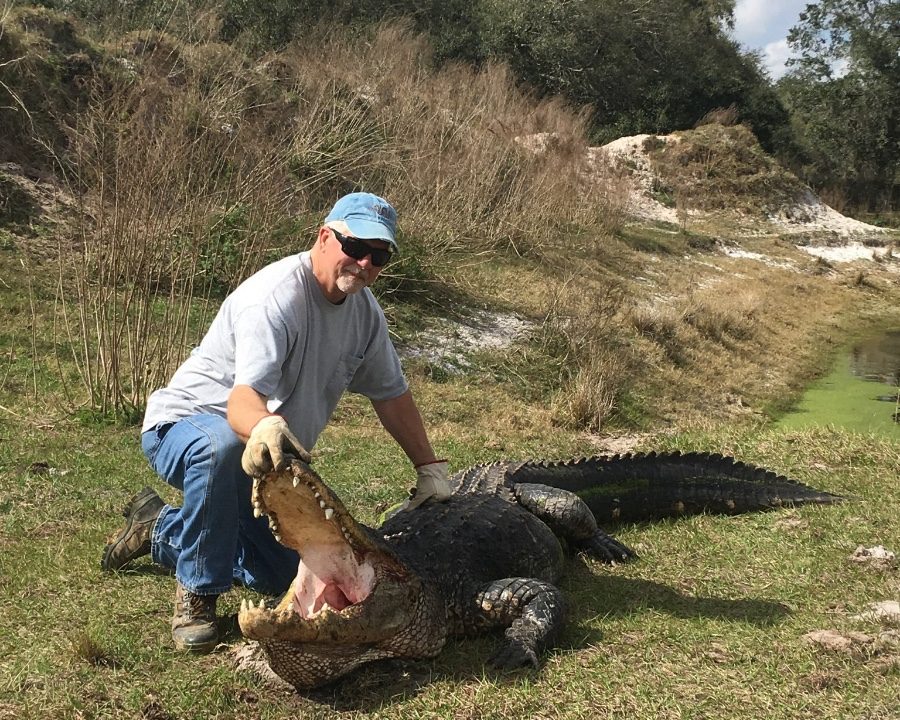 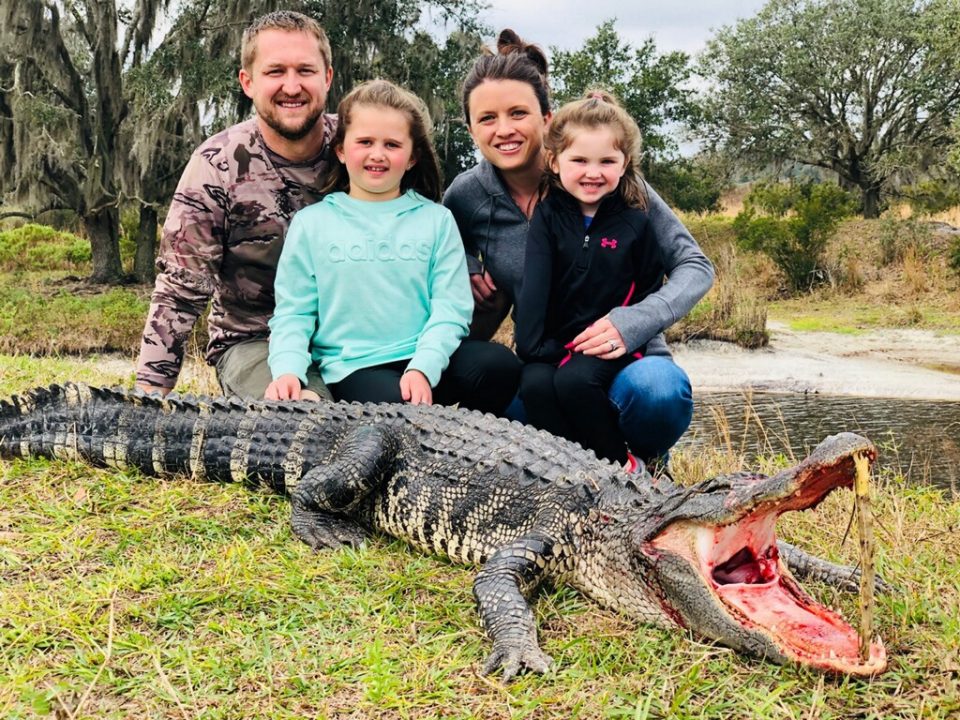